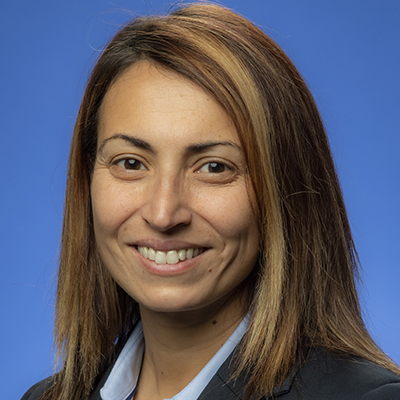 Anna Grassellino is the Director of the National Quantum Information Science SQMS Center, a Fermilab Senior Scientist and the head of the Fermilab SQMS division. Her research focuses on radio frequency superconductivity, in particular on understanding and improving SRF cavities performance to enable new applications, spanning from particle accelerators to detectors to quantum information science.

Grassellino is a fellow of the American Physical Society and the recipient of numerous awards for her pioneering contributions to SRF technology, including the 2017 Presidential Early Career Award, the 2017 Frank Sacherer Prize of the European Physical Society, the 2016 IEEE PAST Award, the 2016 USPAS prize, a DOE Early Career Award and the New Horizons in Physics Prize by the Breakthrough Foundation. She holds a Ph.D. in physics from the University of Pennsylvania and a master’s of electronic engineering from the University of Pisa, Italy.